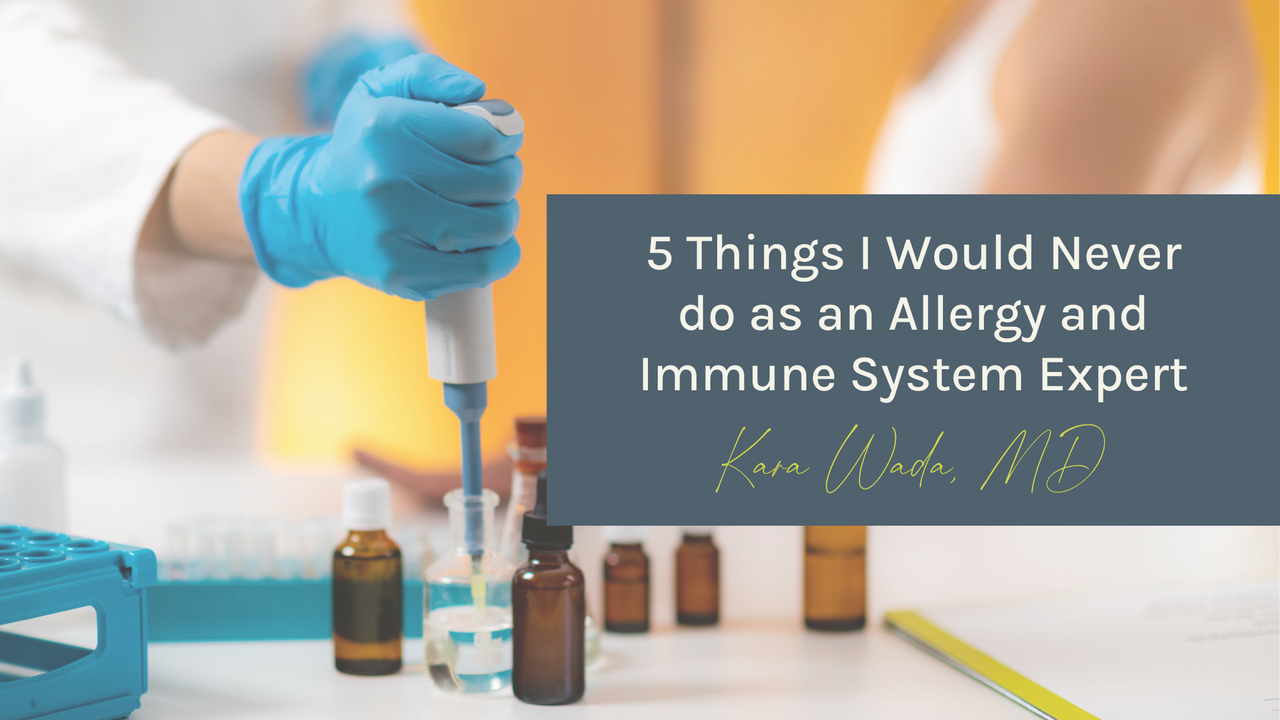 1. I would never rely on a Primatene mist inhaler to treat my asthma or breathing symptoms alone.

Primatene mist is a controversial over-the-counter epinephrine inhaler that can be used for mild intermittent asthma. This inhaler was banned seven years ago due to its reliance on a propellant containing ozone-damaging ingredients.

It returned to the store shelves a couple of years ago with a safer propellant, but here is the deal: epinephrine is not considered a safe medication for asthma treatment. Albuterol is a safer and more effective medication to relieve bronchospasm.

In fact, the National Asthma Education and Prevention Program guidelines recommend against using epinephrine. In large part, epinephrine can exacerbate heart symptoms that mimic breathing or asthma symptoms. Patients who are self-medicating then can delay much-needed emergency care.

Asthma is not a do-it-yourself disease; it is primarily a disease of inflammation that results in more twitchy or spastic airways. Patients commonly underestimate the severity of asthma. Any patient with ongoing symptoms requiring bronchodilators should be on anti-inflammatory medication to treat the underlying cause of asthma. Overuse of bronchodilators has been associated with worse outcomes and increased fatalities, with approximately 3,500 people dying from asthma each year.

2. I would never use food sensitivity tests or food allergy panels to screen for foods that I should not be eating.

Food sensitivity tests purport to tell folks which foods contribute to bloating, gas, fatigue, and headaches by testing for immune system response to particular foods. The problem is that the immune system does not mediate these reactions. Instead, they result from the food we eat, how it is digested and then fermented by our gut microbiome.

Skip the $250 price tag and keep a journal of the foods you are eating and the symptoms you are having. If you have trouble discerning particular triggers, use that money saved to schedule a visit with a dietician to review your journals for possible triggers.

My other frustration with these tests is that they stoke food fear, anxiety, and higher grocery bills. I have also seen a lot of folks severely limiting their diets as a result. Not only is the constant state of fight or flight bad for our health, but a less diverse diet also doesn’t do a body good. The diversity of our diet is key in helping support good gut and immune system health. Additionally, we know that limiting exposure to foods, especially in childhood, can result in the loss of tolerance and the development of true food allergies.

Recurrent infections are a red flag for allergists-immunologists for many reasons. In particular, we know that increased use of antibiotics is not without risks, including the development of allergies, weight gain, and severe diarrheal infections, among others.

In some instances, the recurrent infections are not infections but instead allergies which are treated much differently. Other times, they signal an immune deficiency or structural issues in the sinuses.

If you go to the urgent care or minute clinic for sinus infections more than one to two times every few years, it would behoove you to get this checked out.

Another good reason to talk with your allergist?

If you think you are allergic to penicillin or amoxicillin, there is a really good chance you aren’t any longer. An allergist can help you sort this out pretty easily too! Why is this important? Having penicillin or amoxicillin listed on your chart dramatically increases the cost of your care and the risk of developing certain types of infections.

4. I would never rely on Benadryl to treat my severe allergic reaction.

Epinephrine is the first-line treatment for anaphylaxis. Benadryl is a band-aid and only treats the symptoms. Epinephrine is needed to stop the reaction where it started. Fatalities during anaphylactic reactions have been associated with a delay in administering epinephrine.

Also, on a side note, allergists as a whole don’t like Benadryl (diphenhydramine). It does not work any faster than second-generation antihistamines such as Zyrtec (cetirizine), has significantly fewer side effects. Additionally, topical formulations, i.e., Benadryl cream, commonly cause allergic rashes.

5. I would never use personal products with fragrance as an ingredient.

Our skin is our largest organ, and although it functions as a barrier, it absorbs much of what we put on it.

Fragrance is a catchall term used to describe a mix of proprietary ingredients. Unfortunately, a loophole in U.S. law doesn’t require companies to disclose what exactly is in this mix. We know that these substances are associated with numerous health problems, the least of which may be their propensity to cause allergic rashes.

Fragrance mix was named the Contact Allergen of the Year in 2007 and is the third most common allergen positive on patch testing. These are particularly problematic for anyone with a history of sensitive skin or other skin disorders such as eczema, rosacea, or hives.

More concerning, many of the chemicals found in fragrance are endocrine disruptors (EDCs). These chemicals mimic the hormones in our body. Even very small amounts of these EDCs can have big effects on how our body functions. EDCs have been associated with kidney, nervous and respiratory system problems. Additionally, they have been implicated in infertility, premature puberty, and birth defects.

Which are you most surprised by?

Check out my 3 Secrets You Need To Know About Anti-inflammatory Living to learn the inside scoop from an immune system doc turned autoimmune patient. 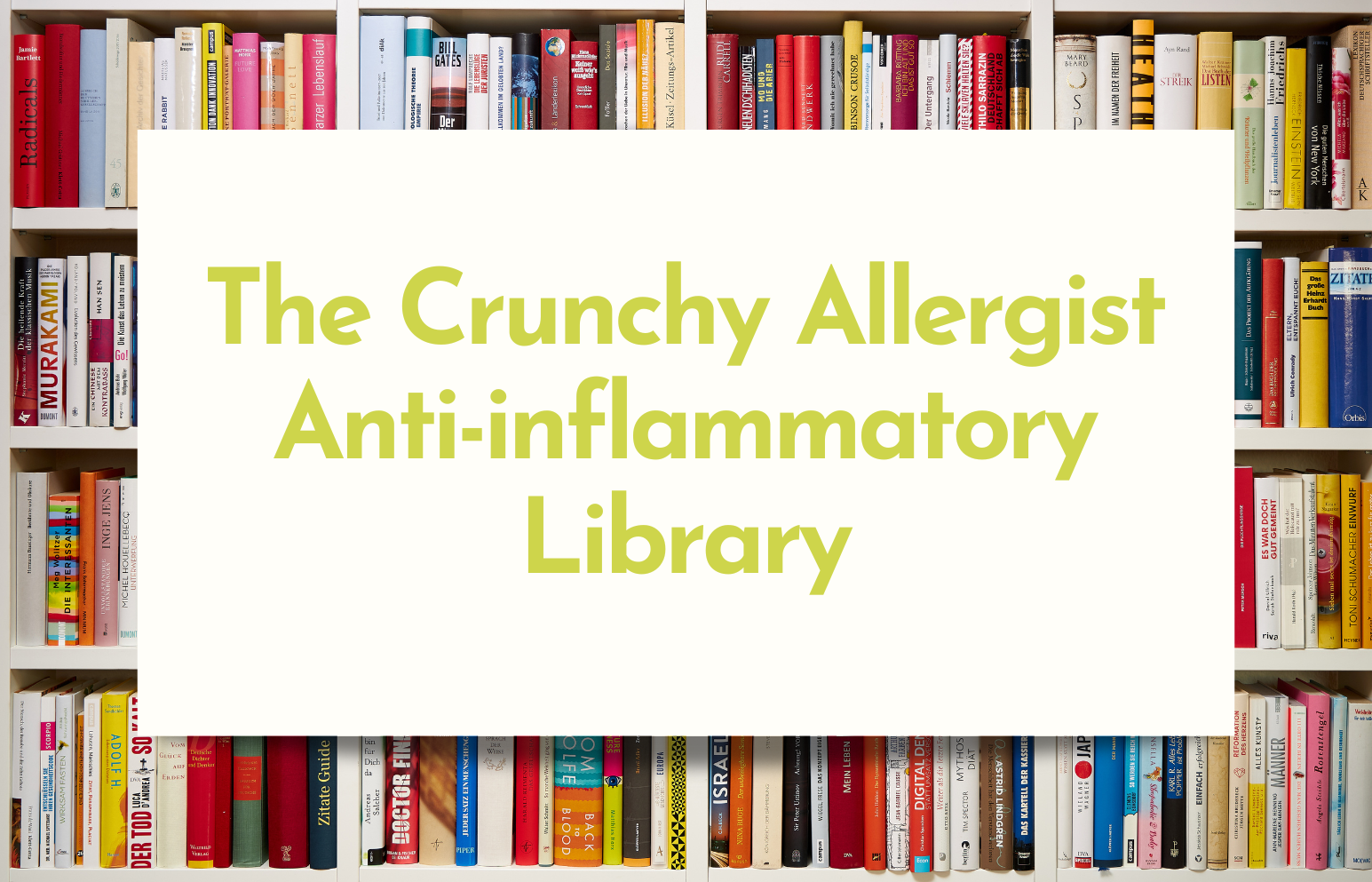